Eddie Redmayne and Felicity Jones movie costumes from The Theory of Everything on display...

The Theory of Everything is inspired by the true story of Stephen Hawking's life and based on the memoir by his first wife Jane Hawking, Travelling to Infinity: My Life with Stephen. Eddie Redmayne plays the renowned astrophysicist who falls deeply in love with his fellow Cambridge student, 'Jane Wilde', played by Felicity Jones.

The Theory of Everything movie costume exhibit 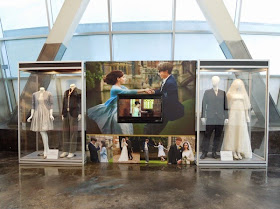 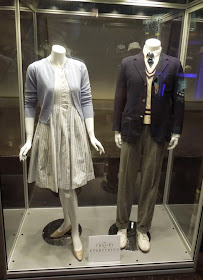 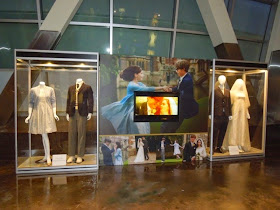 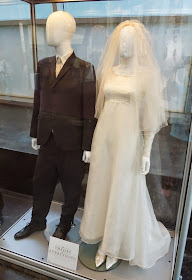 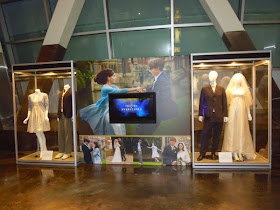 The film chronicles the struggles and achievements of the couple when at 21-years-old the brilliant genius was diagnosed with a progressive motor neuron disease related to ALS, which has left him almost entirely paralysed and only able to communicate through a special speech-generating device.

These original costumes worn by the actors in the compelling drama were photographed on display at ArcLight Hollywood cinema on October 25, 2014.


The Theory of Everything movie poster 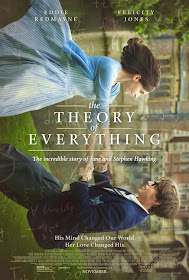 Steven Noble was Costume Designer on the movie directed by James Marsh, and the clothes were apparently supplied by Angels Costumes London. 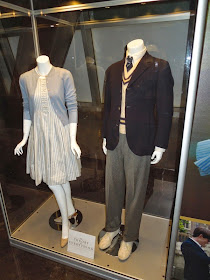 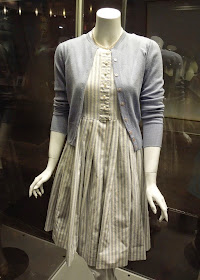 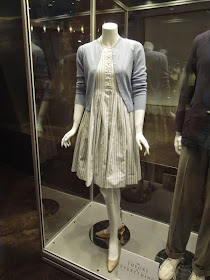 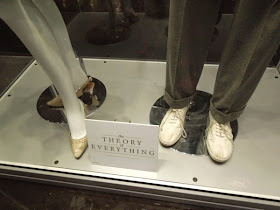 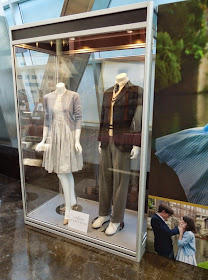 These outfits were worn by Eddie Redmayne as a young 'Stephen Hawking' and Felicity Jones as 'Jane Wilde' during their time as students at the University of Cambridge during the 1960's.

If you're a fan of the actor, be sure to also check out Eddie Redmayne's movie costume in Les Misérables on display at Universal Studios Hollywood. 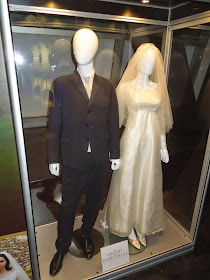 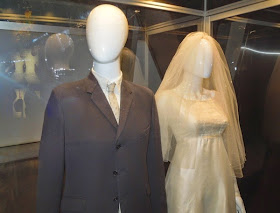 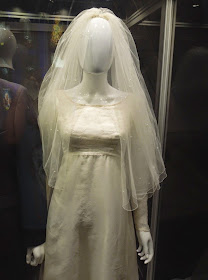 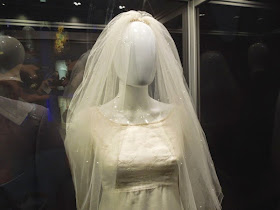 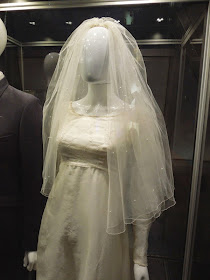 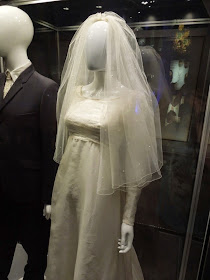 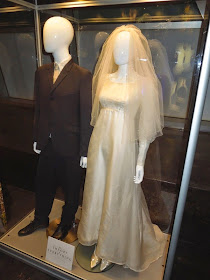 Alos included in the display were the Hawking wedding costumes from when they were married in July 1965.

After seeing these screen-used costumes and the trailer I'm certainly looking forward to watching the enlightening movie at the cinema when it opens in the U.S. at the beginning of November. 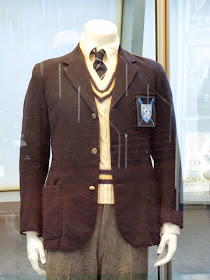 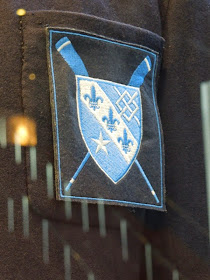 UPDATED: Since my last visit to the cinema they have added a Cambridge University rowing crest to the pocket of the Stephen Hawking college blazer.


The Theory of Everything movie poster 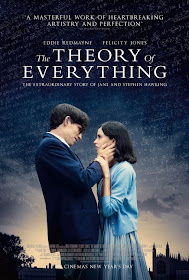 Buy Jane Hawking's memoir the film is based upon: Travelling to Infinity: The True Story Behind The Theory of Everything