I've seen my fair share of movie costumes on display these past few years living in L.A., but these authentic film costumes from Ridley Scott's new Biblical epic, Exodus: Gods and Kings, certainly outshine the majority of them, mainly due to the regal golden ensemble worn by Joel Edgerton as the Egyptian Pharaoh 'Ramesses the Great'.

Original movie costumes from Exodus: Gods and Kings on display 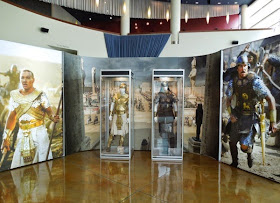 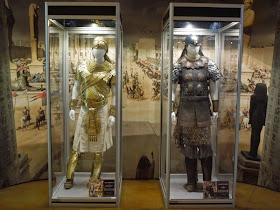 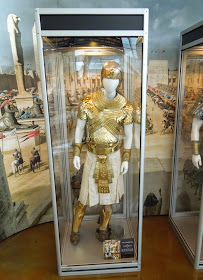 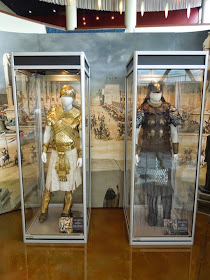 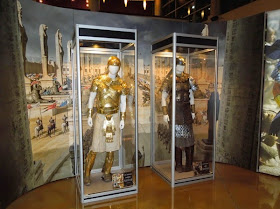 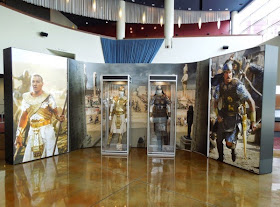 These impressive movie costumes were designed by the Oscar-winning Janty Yates, who coincidentally won her Academy Award for another of Ridley Scott's films, so be sure to check out more of her costumes in Gladiator from 2000. 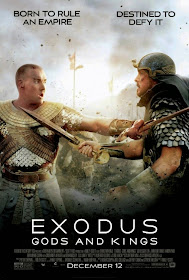 This Exodus: Gods and Kings movie wardrobe exhibit was photographed within the ArcLight Hollywood cinema foyer on November 18, 2014, and up close you can really see the quality of the costumes.

I've seen many costumes in person which ultimately look far superior on the big screen, but these detailed pieces look the part on closer inspection and are truly spectacular. The daytime and evening photos also show you how differently they look under varying lighting conditions. 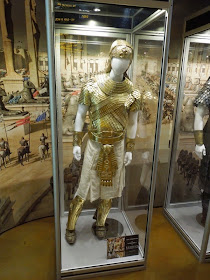 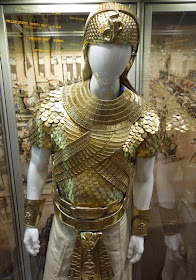 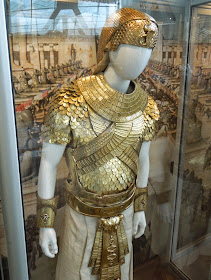 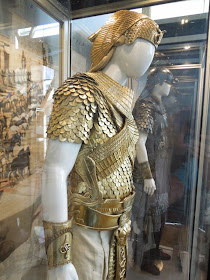 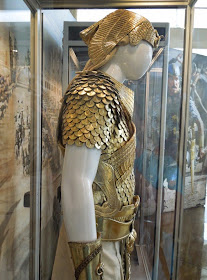 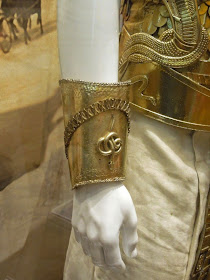 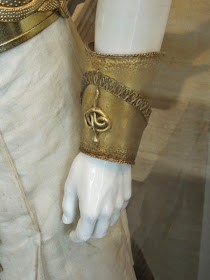 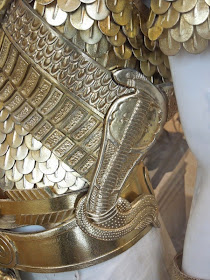 Exodus: Gods and Kings is a Hollywood interpretation of the exodus of the Hebrews from Egypt by 'Moses' as told in the Old Testament Book of Exodus.

The film adaptation tells the tale of the defiant leader Moses (played by Christian Bale), who rises up against the Egyptian Pharaoh 'Ramses' (his name can be spelt several ways) and leads 600,000 slaves on an epic escape from Egypt and its terrifying cycle of deadly plagues, and who miraculously parts the Red Sea to achieve their freedom. 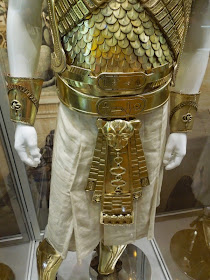 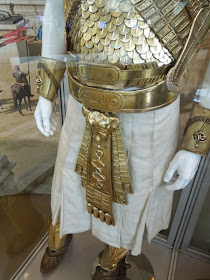 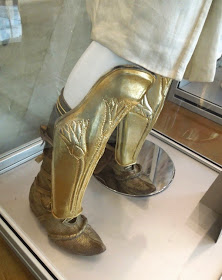 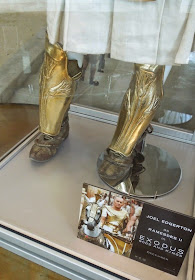 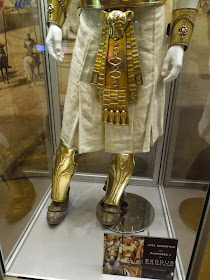 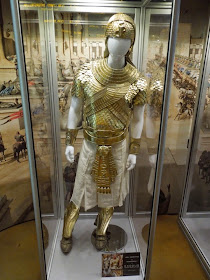 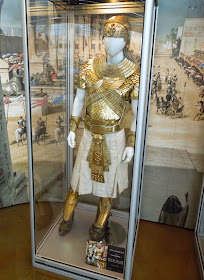 I make no apologies for the sheer quantity of images here (believe me there are many more), but it's been a while since I've been so dazzled by a costume design. Hopefully there's more than enough detail shots for anyone wishing to recreate this costume for cosplay, or future Halloween purposes. 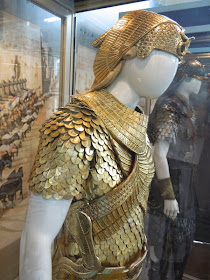 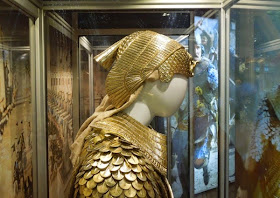 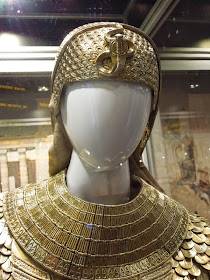 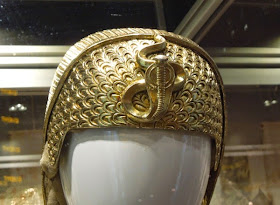 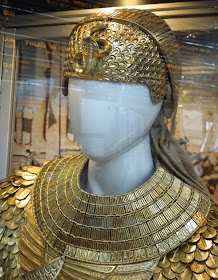 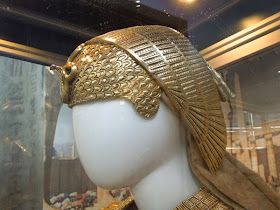 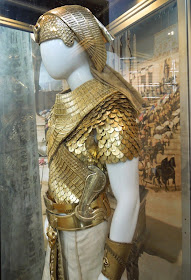 I'm no expert on ancient Egyptian mythology, but this crown and headdress worn by Joel Edgerton as Ramesses II seems to pay homage to the goddess 'Nekhbet', with the spread wings of the vulture and the rearing Egyptian cobra design.

If you're a fan of Biblical epics, be sure to also check out these original Noah movie costumes on display from earlier this year.

Plus, stay tuned in the coming days for a closer look at the movie costume worn by Christian Bale as Moses in Exodus: Gods and Kings. 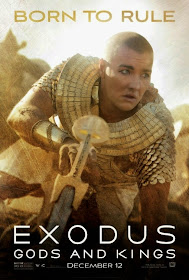